March 15, 2012March 15, 2013
I looked outside my kitchen window this morning and couldn’t help but notice that the dogwoods in the back yard next door are starting to open up.
They always open up a little earlier than the ones in my yard.  I have no clue how or why that is so. 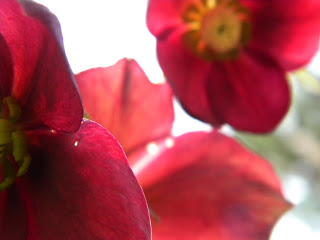 Just like sheer white curtains blowing open in the breeze are home.

Right now I want to bottle the smell of the magnolia tree.
It’s fragrance fills half a block around it.

And the birds.
They are twitterpated.
I think the wrens are building a nest under the back porch again.
I’m sure there is a family setting up shop in the basement, through a small hole in a window under the sunroom.  They scare the bejesus out of me when I’m down there doing laundry and they fly over.

We’ve had dinner at the picnic table and in the sunroom this week.
The weather has gone from snow last week to summer this week.  Apparently spring was last weekend.

The soundtrack of my spring is always, always R.E.M.   Old R.E.M.
Starting with Chronic Town, when it first came out.  Yes, it goes back that far.
They fell out of favor for a bit, but then my last year in high school, along came Document.
At that point I had my grandfather’s 1976 Ford Grenada, which I had fond memories of sitting in the back seat on old country roads when I was a wee one, while he was driving, listening to the jazz and big band music on the radio and him whistling along.
I would put a boombox on the front seat to be able to listen to tapes in that car and that’s exactly what I did so that I could listen to Document.  Did I mention it was a 1976 model and the stereo didn’t have a built in cassette player?  The boombox on the front seat was the only way to go.
This morning I realized I had worn out yet another copy of Document.
I think that’s my first CD version, I know I’ve worn out at least one cassette before that.
After Document was Green.  That was the soundtrack of me moving to Auburn.  The soundtrack of me leaving my parents house in Pennsylvania on a cold, snowy morning in March, driving 14 hours by myself and arriving in full on spring in Auburn and that’s why I decided I should go to college there.
Also, there were a number of pretty boys with long hair who also listened to R.E.M. so it seemed like a good place to go to college.
That was probably biggest decision of my life, since it has affected everything that has come since.
It’s good it turned out so well since I really didn’t put a whole lot of thought into it.
Clearly, the universe smiles upon me.
And Green, I’ve lost track of how many copies of that I’ve worn out.  Two cassettes and 3 CD’s.
I tend to listen to the same album over and over and over.
There is other music I associate with spring, but I always go back to  R.E.M as they are my soundtrack for spring. They’ve been there for me since I was 14.  I can only say that about so many folks.
I once told Pat I was going to paint our bedroom the color of the room in this video.
And he knew exactly what I was talking about.
That is why I am married to him, he just gets things like that.
It really sorts of sums our marriage beautifully.
Something done on a whim, with a random obscure music reference thrown in for good measure.
You really can build a life around that.

One thought on “Spring Soundtrack”