I am, I fully admit, a news junkie and have been most of my life. Growing up, my daily quality time with my dad was watching Walter Cronkite deliver the evening news and then we’d discuss the events of the day. I don’t watch the evening news these days, but I still love being informed as to what’s happening in the world. But I find that the news these days is just….well, just hard to take in some days. Okay, most days. What with ‘alternative facts’ and made up massacres on top of the rhetoric…..it’s getting harder and harder for me to take in my usual diet of news (which, if you’re wondering, includes NPR in the morning,  perusing all the local news outlets (newspapers and tv stations) as well as a few national ones (New York Times and the Washington Post among others) and the occasional NPR in the evening and if I am still awake, the late night local news). I’m kind of a stickler for facts and reality, as well as civility, which seems to be optional in some news outlets these days. It’s more than frustrating to someone like me.

I’m also the sort of person who likes to do things and not just talk about them. I’ve often heard the phrase “you guys actually walk the walk” from people who seem to be amazed that my husband and I don’t just talk about things like living more eco-friendly, but actually do it.  Sometimes I even hear we don’t talk enough about what we do and that we should. There’s a fine line though, between talking about what you do and bragging. And I’ve said before, I don’t like bragging, but I do think with our current events we all have to start doing more – the same father who encouraged me to keep myself informed and think for myself also insisted that I be well versed on giving back. He impressed in me that it is, in fact, my duty to give back.  And so, while there are a number of organizations out there doing some great work right now that are in need of support, my pockets just aren’t deep enough to write them all checks. Besides, that’s not exactly my style anyway, given that I’m a doer. But I can use my skills to help these organizations in other ways and so I am doing just that. Because that’s another thing about me – I have a hard time just sitting still.  It’s just not my strong suit. 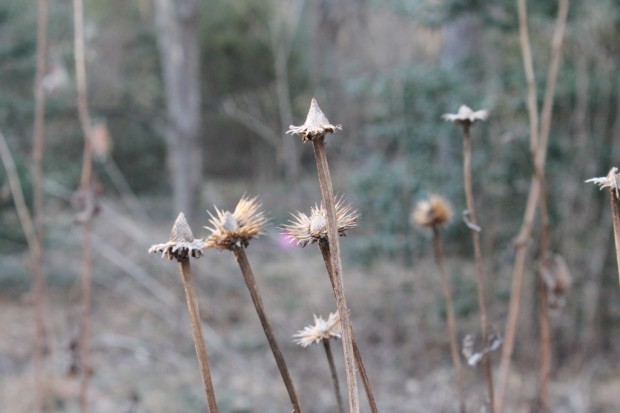 You may have noticed a new page across my header there – the Action Pack Postcards. It’s a joint project with my friend Jenny and I have to give her most of the credit for these.  Using photos we took at the Women’s March in DC, we had postcards printed and are offering them for a suggested donation, with proceeds being split between the International Rescue Committee (IRC) and Planned Parenthood. 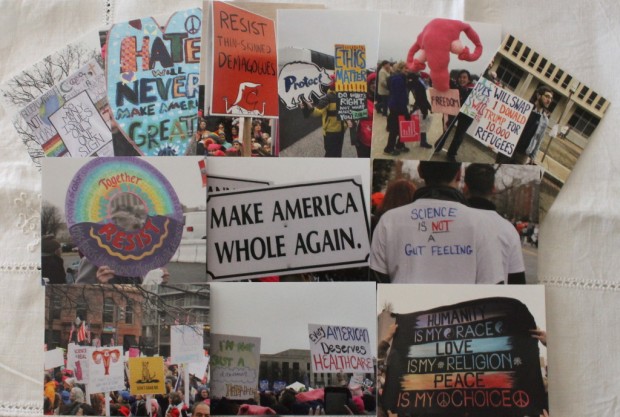 I’m also helping to plan a Soup Supper to benefit International Neighbors, to be held Tuesday, February 28th.  While we are still working on a venue, I have been lining up donations and volunteers.  People are so eager to help it’s done much to keep my opinion of my fellow humans positive, which is no small feat after listening to the news in the morning.

There are other projects in the pipeline too, but they’re not ready for me to babble about them on the internet.  And in between all this activism, my creative mojo, hiding out since last spring, has made a major comeback. I’ve been knitting, sewing and cooking up a storm. I promise, I’ve got a few posts lined up that are not political that I will be sharing with you in coming weeks. It’s just that my daily news habit – which I’m also working to curb – has made me more than a little worried about the direction our country and our world seem to be heading in and I can’t just sit back and watch. We are all in this together, which means it is up to each one of us to be kind to each other and help each other out. What are you doing to make the world a better place?

6 thoughts on “Trying to walk the walk.”