It has been an absolute whirlwind here lately.  I mean, really.  Yesterday was our first unscheduled day in at least two weeks, which is slightly misleading because by ‘unscheduled’ I mean, we’ve got loads of things to do, we just didn’t have any solid commitments before we hopped back on that busy bus  for the next few weeks. 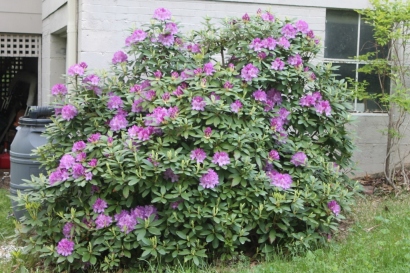 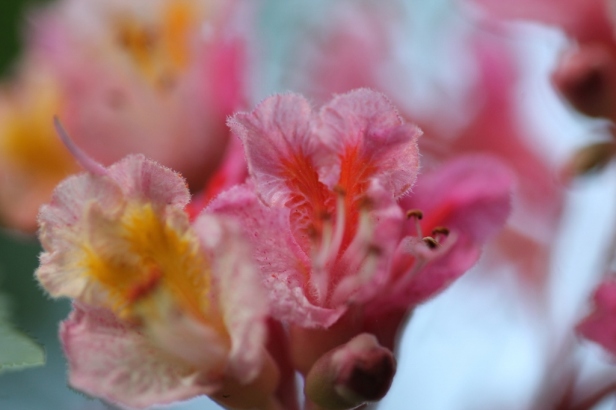 Close up of the horse chestnut blooms

I remember now why having that second off-site garden is such a challenge – it seemed doable back in February when Virginia asked- but I have so much to do here that leaving to go garden somewhere else seems insane.  I feel like both sites end up completely half-assed.  Oh, and starting a job in a field that I know nothing about – real estate – during their busiest season during our family’s busiest season has been slightly overwhelming.  Thankfully ( yet sadly, because I really love working with them) I’ve only got two more weeks of my twice weekly PB&J fund commitment before I can find some breathing room in my schedule. 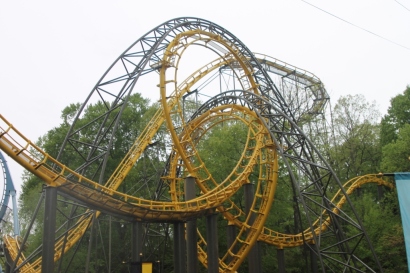 We rode that – the Loch Ness Monster!

The Griffon. We rode that, twice.

Of course it hasn’t all been work.  There’s been loads of fun too, like chaperoning Edie’s orchestra trip over to Williamsburg, where the kids performed in an orchestra competition, placing first in their division as well as winning the grand prize, beating out high school orchestras (!), that gave us an afternoon at Busch Gardens.  The chaperoning parents, free of our teen charges outside of a few preordained meet-ups, banded together to ride all the big roller coasters, twice. (Okay, some of them got ridden three times.)  I won tickets to see Jenny Lewis opening up for Ryan Adams last Sunday and this past Friday, we drove up to DC to see The Replacements, which was a completely kick-ass show.  If you count the orchestra performance at the musical competition, as well as last week’s spring orchestra concert, I attended 4 concerts in the last week.  Not too shabby. 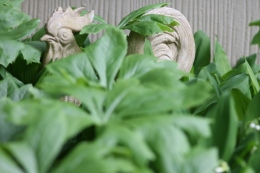 My chicken, overwhelmed with green. 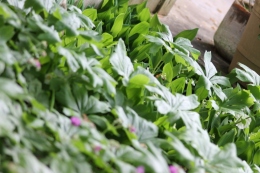 Trying to capure all the blooms in one macro shot. 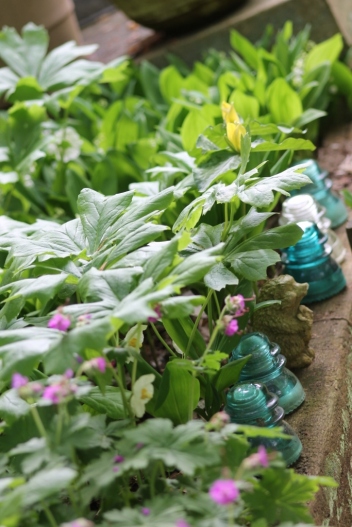 All the blooms, in one macro shot.

The front  flower bed under Edie’s window bloomed last week.  How that bed came together is a total accident with both Pat and I planting things we liked in it randomly, only to have it fill out and everything in there bloom at exactly the same time, the first week in May. It’s so lush and full of wild geraniums, may apples, trillium and lily of the valley. If only all our gardening accidents worked out so beautifully. It smells divine if I do say so myself.  Is there a better scent than lily-of-the-valley? 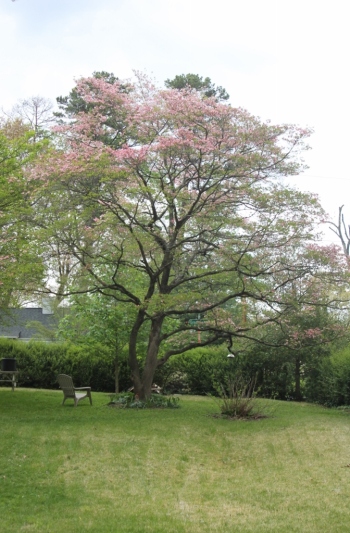 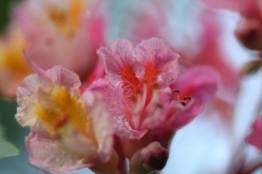 Close up of the horse chestnut blooms 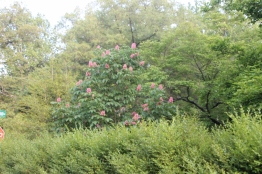 The horse chestnut on the corner. 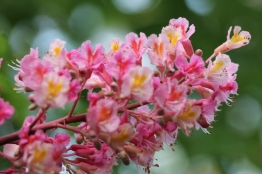 The dogwood blooming gave way to the horse chestnut blooming, wrapping up the ‘big pink tree blooming on the corner’ that started the beginning of April with the tulip magnolia.  While the horse chestnut might not be that big yet, it’s getting there.  A couple walking by stopped to inquire about it the other day, marking the tree is on it’s way to becoming the latest show stopper in our front yard. 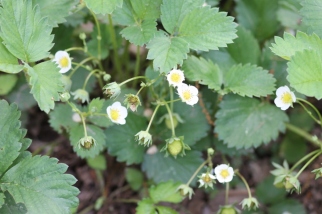 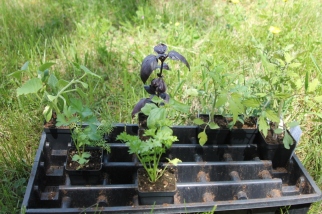 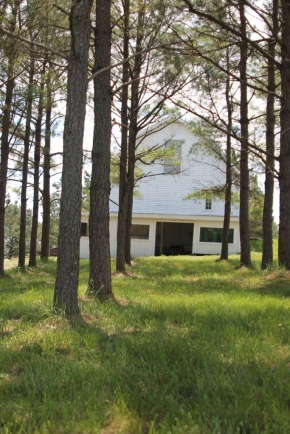 Under the lovely pine trees at Whisper Hill.

There are oodles of baby strawberries, blueberries and cherries on the respective plants, bushes and trees out there.  I’ve gotten some tomatoes, herbs and cucs in the home garden, tomatoes and peppers in the off-site garden, with Virginia’s new tiller (courtesy of her father-in-law) making it a much easier task.  The tomatoes I bought last Sunday at Whisper Hill Farm’s plant sale already have some blooms, which I’m taking as a thank you for making time to get them into the ground last Monday afternoon.  Edie girl picked them all out and requested I plant them here, as opposed to there. I got more tomato plants at the extremely well-timed City Schoolyard Garden plant sale at Buford, which just so happened to be set up where  and when the kids were getting dropped off for last Wednesday’s orchestra concert.  Brilliant.  And having two gardens means I get to shop at all the plant sales, throwing my support all over town. 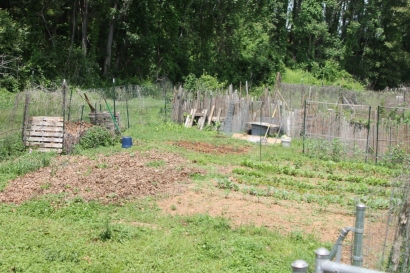 Loaded up, ready to roll.

So with all this going on, you’re probably asking what had to give.  I’ll be honest, we had a variation on nachos for dinner at least three nights in the last week and I used the excuse of the week’s menu of waffles in my PB&J classes to make a huge batch of waffle batter that became   breakfast and dinner on demand several days in a row, because when you’re running on three different schedules,  you just need something quick and easy that everyone can make to fend for themselves.  With their choice of strawberry or blueberry topping made from last summer’s berries, the waffles were a huge hit.  I should remember to keep waffle batter around more regularly.