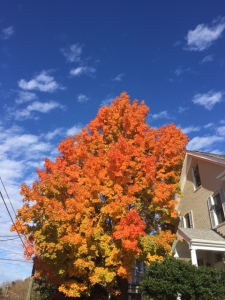 We’ve spent what felt like the better part of October into November battling a nasty cold going around, which means lots of chicken soup. Due to our habits of being good at not all being sick at the same time – we just take turns with it –  there is always someone who is comforted by chicken soup, while at least one of us is slightly over it (because we’ve had some form of chicken soup for weeks on end). Thankfully,  I have a small repertoire of soups I make specifically when we are ill – all based on chicken broth with lots of garlic – that are soothing while not being too heavy or fancy so that we don’t get burned out on the idea of chicken soup.

There’s the classic chicken noodle soup – which I sometimes make with chicken broth and baked tofu (tossed with soy sauce) in lieu of actual chicken. There’s my kitchen sink miso soup, chock full of everything known to be an immune booster (onions, ginger, garlic, chicken broth, miso!), Pennsylvania Dutch Chicken Pot Pie, when you want just total comfort food. And one of my new favorites, which I think I promised Margo the recipe a while back and have neglected to do so, which I call my rice and greens soup. It started out as one of those ways to use up fastly fading greens (it’s really quite lovely on a chilly spring evening) but has quickly become one of those soups that is so easy to make variations of various levels of heartiness. 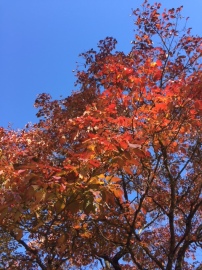 The original soup is from “Easy Vegan” and is more formally known as “garlic and chile rice soup with spring greens”.  Yes, I’m aware that chicken broth is most decidedly not vegan, but  I’m one of those mothers who believes wholeheartedly in the healing power of chicken broth (I buy bones from Free Union Grass Farm to make my broth and pressure can it in quart jars, so that I always have a stash ready to go).  I have made this recipe with a wide variety of greens – from actual lettuces that do give a nice, light, spring taste to the soup, to ones that need a little more cooking but just needed to get used up,  like kales, arugulas and braising greens. I have swapped out  spring onions for regular onions as well as leeks. I’ve use white rice, wild rice and brown rice, as well as the originally called for vegetable broth (pumped up with homemade vegetable bullion). Switch up the oils, take out the ginger and soy for a less Asian flavor. Recipes are just suggestions, and everything is variable depending upon what you have on hand. 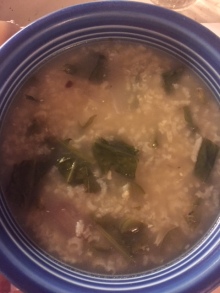 The resulting soup can be more of a congee, as the rice tends to break down until it’s similar to a porridge. This soup is deceptively filling and definitely comforting for a variety of what-ever-it-is-that-ails-ya.

Heat oils in saucepan over high heat. Add the garlic and onions and cook until garlic is turning golden. Add the ginger, chile and rice and stir fry in the garlic infused oil for a minute, then add stock and soy sauce. Cover and bring to a boil.

Simmer over low heat for 30 minutes, until rice is soft and soup has thickened. If using spring greens, add them towards the end and cook for about 5 minutes. If using hardier greens, add them in closer to the beginning of the simmering time, to allow them enough time to tenderize as they cook.

4 thoughts on “Variations on Chicken Soup.”