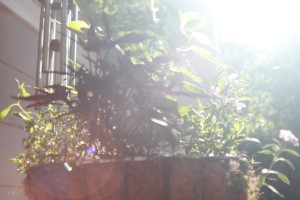 A wise woman once told me that she spends Mother’s Day doing what she wants.  In her case, it was making brunch for her family, but still very good advice to adopt.

I love chocolate cake.  I recently stumbled across a I had ripped out of an old Bon Appétit and shoved in a dessert cookbook for safe keeping (as one does). It was for a flourless chocolate cake that I clearly had forgotten about – because flourless chocolate cake is my thing.  They are usually ridiculously easy and omigoodness, oh so good.  Since it was brought to my attention, I decided to spend Mother’s Day making myself this cake. 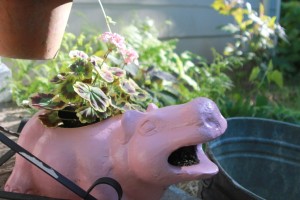 The ingredients list was simple, but as I read through the recipe, the process seemed a bit fussy. There was a full paragraph of of pan preparation that had me digging in the basement to find my rarely used roasting pan, for as much as I like to cut corners, I always feel that one should follow the directions the first time trying out a recipe, particularly when baking. Baking is science, it’s chemistry and I do not feel one should fudge instructions when it comes to baking. Somewhere, my poor beleaguered high school chemistry teacher, who finally exempted me from lab after one to many ‘whoopsies’ is cheering at this knowledge. 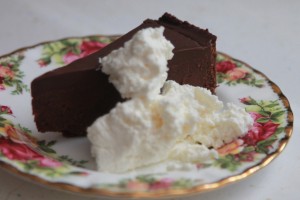 So the preparation for baking felt a little fussy, but not only was the cake cooled entirely in the pan, it was frosted in the pan, by simply pouring the ganache on top and shaking it around. Which is ridiculously easy. If only all frosting was so easy to apply. The end result was divine – as it cooled, it firmed up and became sinfully rich and fudge-like.

I’m not going to type out the recipe, rather, I’m just going to link to it, because I have nothing to add to the instructions.  But try it – once you get over the fussiness of the baking pan prep, it’s really an easy cake to make and slap your mama good. Seriously.

8 thoughts on “Let there be cake.”