Edie’s spring break was last week, so we packed up the car and headed south to visit family and friends in Alabama. 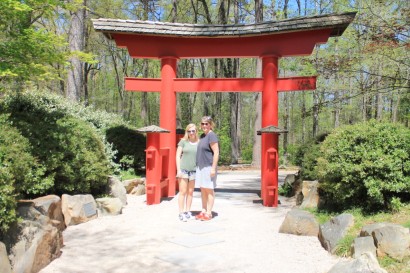 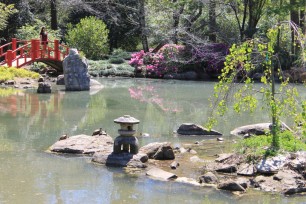 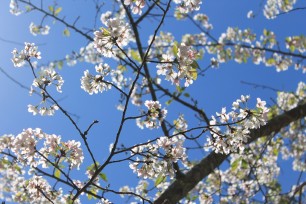 We made time to meet up with old friends we hadn’t seen in a few years, while also making our standard visit to the Botanical Gardens in Birmingham (still one of my favorite places around), where the turtles were soaking up the sun in the pond in the Japanese Gardens.  At his request, I handed my camera off to 4 year old Robert, who managed to get some good shots, even if they were mostly of me. That peony shot turned out quite nicely though, don’t you think? 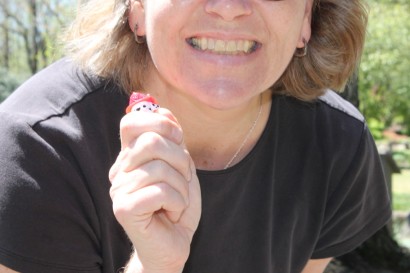 It was exciting to see all the renewal going on in downtown Birmingham. We ate at the new food hall one night, but were slightly saddened to discover our favorite Waffle House had been bulldozed to make way for a new ball field for UAB. It would seem two more sprung up nearby though to take its place. We headed for the one at Five Points, where I walked Betsy while Pat & Edie ordered our food to go. We ended up having a picnic on some random steps adjacent to the parking lot by the post office there, when Edie was slightly unnerved by a passing pick up truck that hollered “fucking hipsters” at us. “They must think you’re younger than you are” she said. I’ll take it. 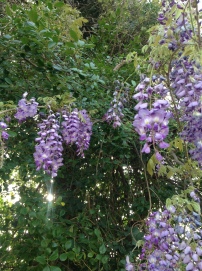 Wandering around Southside with Betsy, I realized how much I missed that area. Not enough to move back mind you, but enough to be wistful about living somewhere where wisteria grows unchecked over the sidewalk.

After a whirlwind 40-something hours in Birmingham, we headed up to Fort Payne for a few days to visit Pat’s folks. The recent heavy rains meant the falls at Little River Canyon were pumping, so we spent an afternoon driving around the perimeter of the canyon. 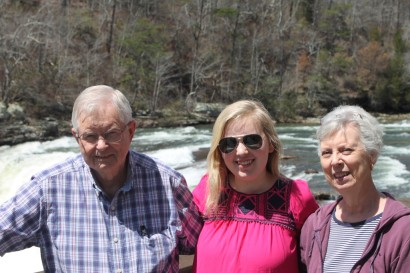 Betsy did well on her first major roadtrip, although bless her poor anxious little heart, she was so unnerved about being in new surroundings, she didn’t eat most of the week and spent a good bit of her time at Julie & JR’s in her crate. She really can’t roll with the punches, poor gal. 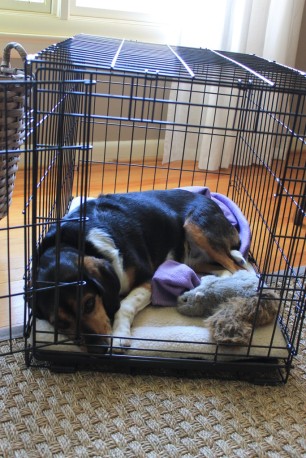 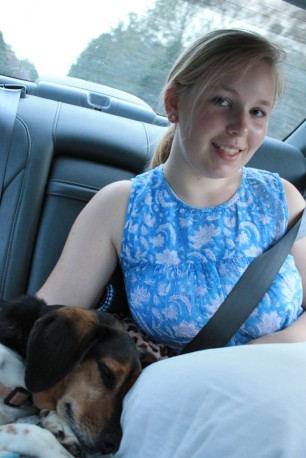 We saw other sights too – like a little old lady who had run into a parked car in front of  Subway in Sweetwater, TN and was trying to spit clean the large black dent with a kleenex.  The interstates in eastern Tennessee and southwest Virginia (I-40 & I-81) were lined with blooming redbuds, making for a lovely drive there and back. All in all, it was a nice break, the sort where we forgot what day it was, which made getting back to routine this week that much harder.